ADDIS ABABA, The Red Cross in Ethiopia, where millions of people suffer from famine caused by years of drought, said Wednesday it was donating $5,000 to help earthquake victims in Mexico. 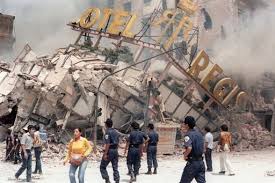 The agency said it was sending the money despite ”the enormous needs prevailing in Ethiopia” because Mexico supported Ethiopia when Italy invaded the African nation in 1935, the same year the Ethiopian Red Cross was founded.

Total emergency relief aid to Ethiopia is expected to reach more than $1 billion by the end of the year.